Figure 1: Professor  Vo Tong Xuan - Rector of Nam Can Tho University receiving awards on the 50th convention of Alumni Association of the Philippine Agricultural University (10 Oct.)

Professor Doctor Vo Tong Xuan graduated in 1967 with bachelor and master of sciences in agricultural chemistry, Professor Xuan is an alumnus of the Philippine Agricultural University that was established since 1908 in Los Banos, a small village on the foot of Makiling mountains, 65 km south of Manila of the Philippines.

Every year, the University coordinated with the Alumni Association to solemnly organize this ceremony and inviting the attendance of all of its alumni. This traditional ceremony on the 10th of October was also known as “Loyalty Day”,  this is a very special day of the university to commemorate all the individuals having outstanding achievements contributing to the wellbeing of society and mankind.

The citing of the achievements of alumnus Vo Tong Xuan has this sentence: With several contribution to national and international agriculture in the role of an educator, a researcher, an extention worker, and as a manager combining knowledge of farming systems and crop production in the Mekong Delta, Professor Xuan has contributed to the growth of rice production helping Vietnam from a food deficit country to become the second largest rice exporter in the world. Professor Xuan has received several national and international awards including the Ramon Magsaysay Award of Asia; Chevalier Agricultural Medaille of France; "Recognition of Devotion and Contribution to World Science" of the Prime Minister of  Canada, "Derek Tribe" Award of the Crawford Science and Technology Academy of Australia, "D. L Umlali" Award of the Philippines and the "Nikkei Asia" Award of Japan on regional growth. Professor Xuan also received two highly merit awards of Viet Nam “Labor Hero” and “People Teacher”. 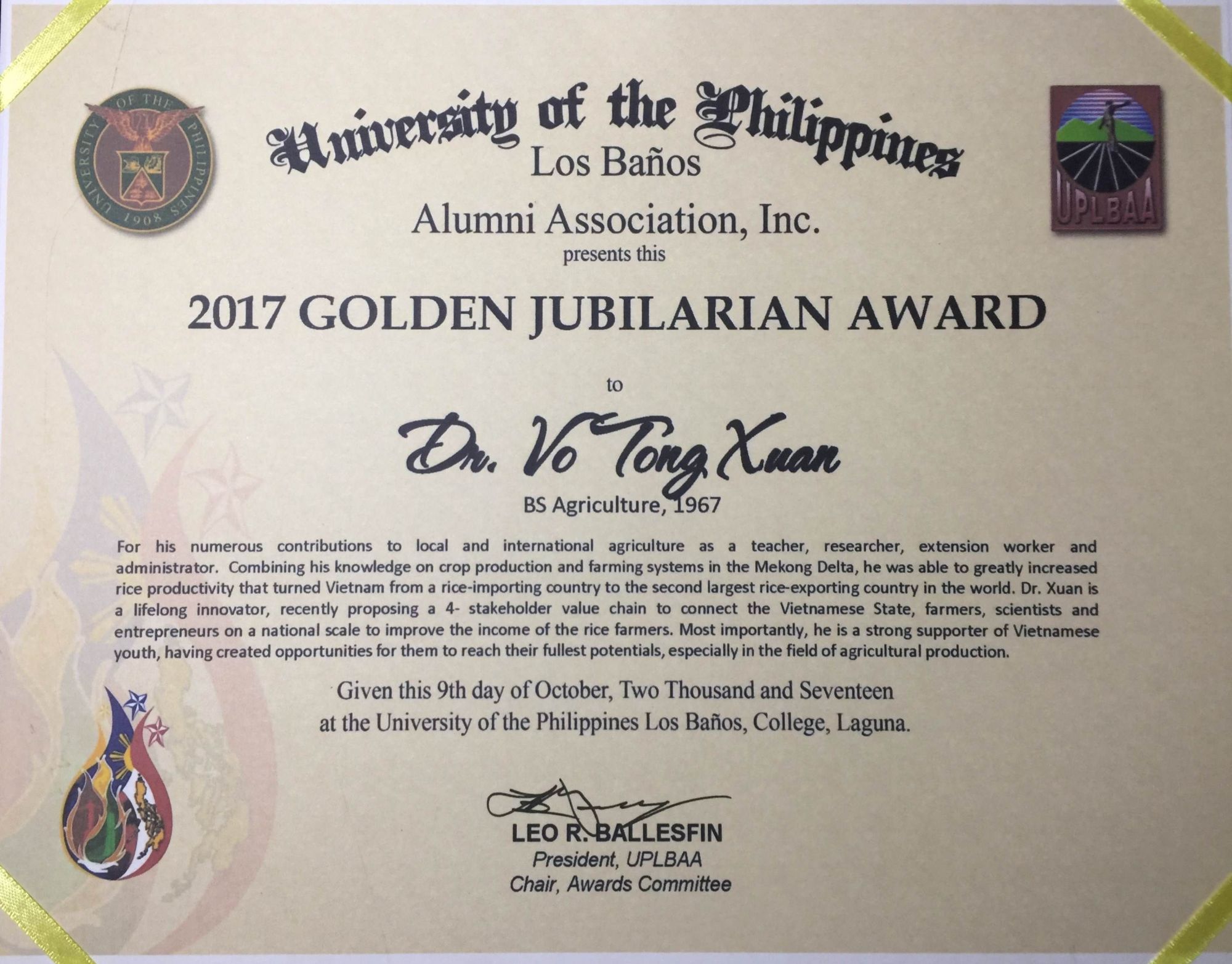 The Loyalty Day is also known as a day of reunion and rememberance, thousands of former students of several generations to gather, sharing their own progress, meeting their former professors who had guided and trained students to become useful individuals serving the mankind.